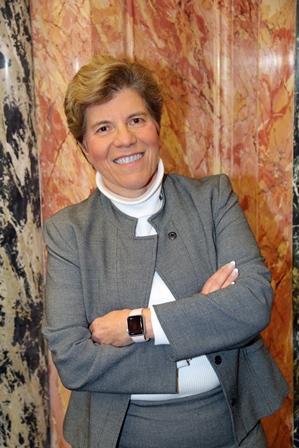 Judge Nancy Eshcoff Boyer, the first woman ever to serve as an Allen County Judge, has announced that she will retire from the bench effective June 15, 2020.

“All I have ever wanted to do was make a difference,” Judge Boyer said. “Being a Judge allowed me to do that in ways I never imagined. I’ve been a part of everything from improving the delivery of justice statewide to helping people keep their homes right here in Allen County. I’m so thankful for the opportunity to have served and so appreciative to the citizens of Allen County for their trust.”

In addition to being the first female Judge in the county’s history, Boyer was Chief Judge in 2019 when Allen Superior Court had five female judges at the same time– a majority of the Court – for the first time in its history. She twice served as Chief Judge during 29 years on the bench.

Judge Boyer’s contributions to the Indiana judiciary have been recognized time after time with awards and leadership roles. She received the 2017 Leadership In Law honor from Indiana Lawyer and in 2011 received the Excellence in Public Information award from the Indiana Judges Association. Boyer was also honored in 2014 for her leadership, including a term as chair, of the Indiana Commission for Continuing Legal Education.

Among Judge Boyer's most impactful contributions to the Indiana Courts was her role in the 2010 creation of "plain English" instructions for jurors in civil cases. She was part of a statewide committee of Judges and attorneys tasked with translating complex legal concepts, terminology and processes faced by juries into clear, concise explanations and definitions. The new Model Civil Jury Instructions even include examples or illustrations to explain difficult concepts. The project, part of a 13-year statewide jury reform effort, has made civil jury service less stressful and more satisfying to citizens.

“Nancy Boyer understands how the judicial branch of government works and what it can accomplish like few other people ever have,” said Judge Craig J. Bobay, Administrative Judge of the Allen Superior Court Civil Division. “She is a tireless innovator who didn’t just break the glass ceiling for women in the Allen County Courts. She has never been afraid to think big and work hard to do more with the leadership role the community entrusted to her. Allen County is a better and more compassionate place because Judge Boyer chose a career in public service.”

As a Civil Division Judge, Boyer has presided mainly over civil proceedings and jury trials, including commercial, medical malpractice, and personal injury litigation. In conjunction with the Indiana Supreme Court, Judge Boyer helped establish and currently operates the Allen County Mortgage Foreclosure Trial Court Assistance Project. She made sure that the mortgage foreclosure program continued in Allen County even after state funding for the program ended.

Judge Boyer’s successor will be appointed by Indiana Governor Eric Holcomb from a group of finalists to be identified by the Allen County Judicial Nominating Commission. The timing of that process will be announced in the future by the Governor’s Office.

That person will complete the remainder of Judge Boyer’s current term, which ends Dec. 31, 2022.